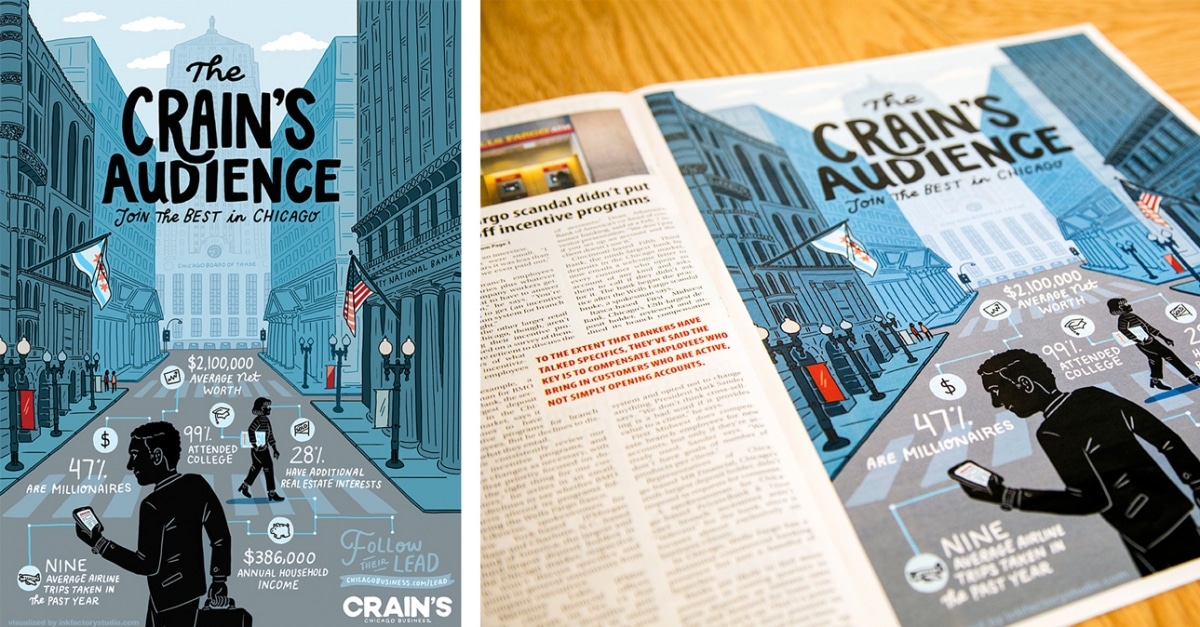 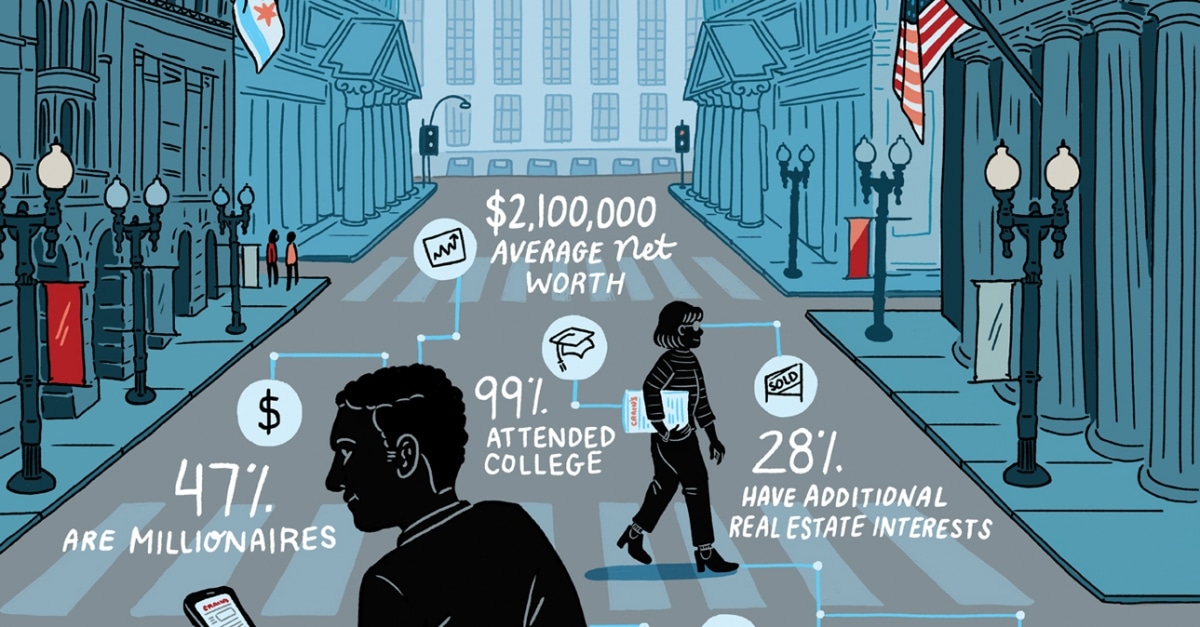 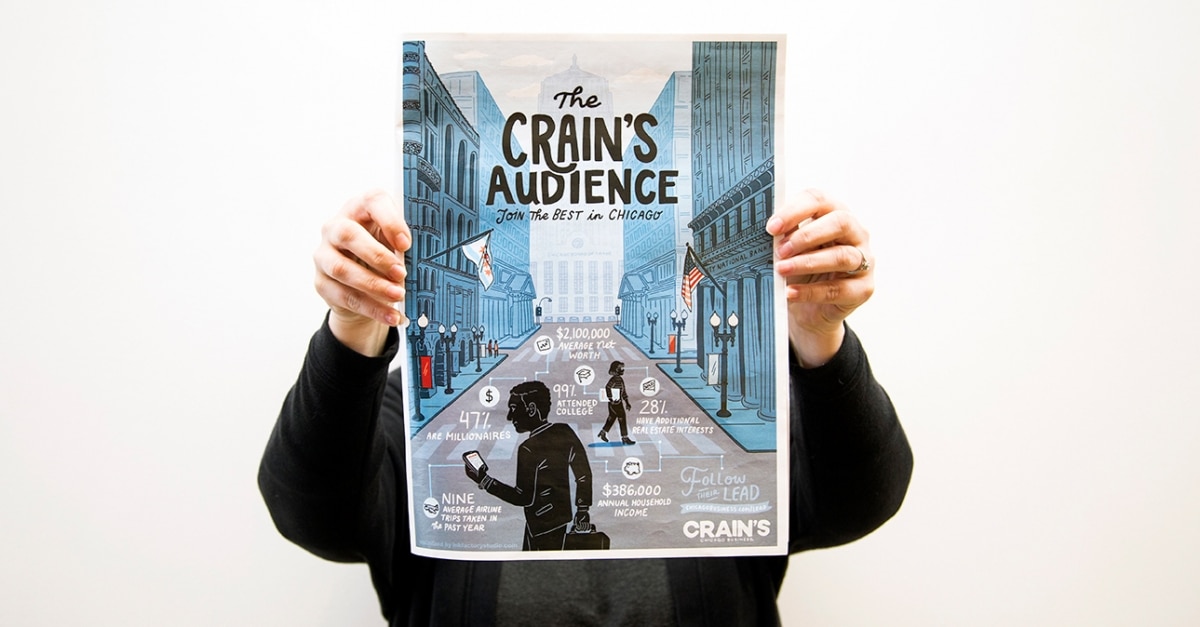 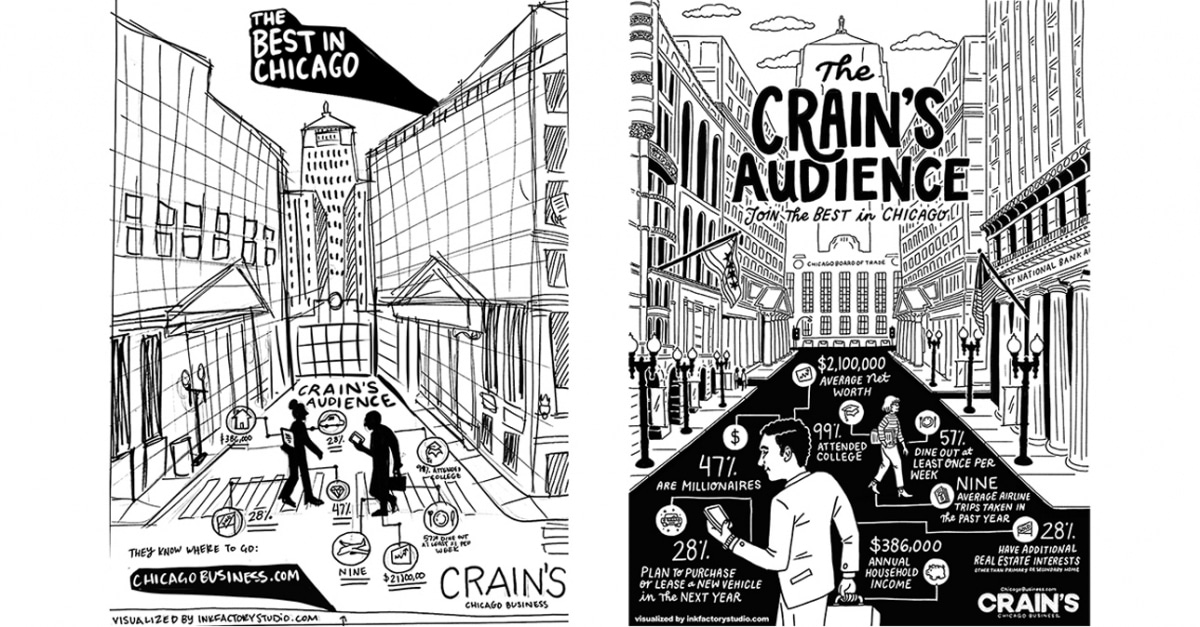 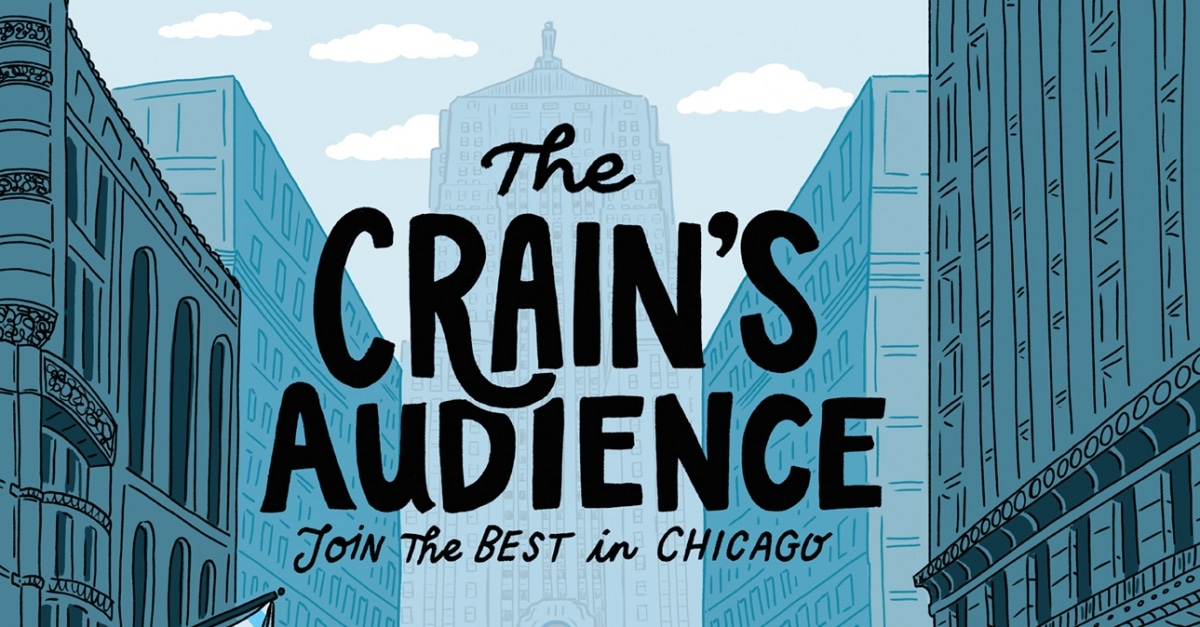 Crain’s Chicago Business approached us wanting to push boundaries and reach an audience younger than their typical reader. Their previous campaigns worked great for their existing (and generally more mature) subscriber demographic. But how do you create an ad campaign that reaches a younger audience?

“We wanted something completely different from what we’ve done before.”

With this illustration, Crain’s wanted to showcase their readership and the powerful numbers behind them – and they turned to Ink Factory to achieve this goal. A fully illustrated ad is different than anything they’ve ever done, and we think the change paid off. 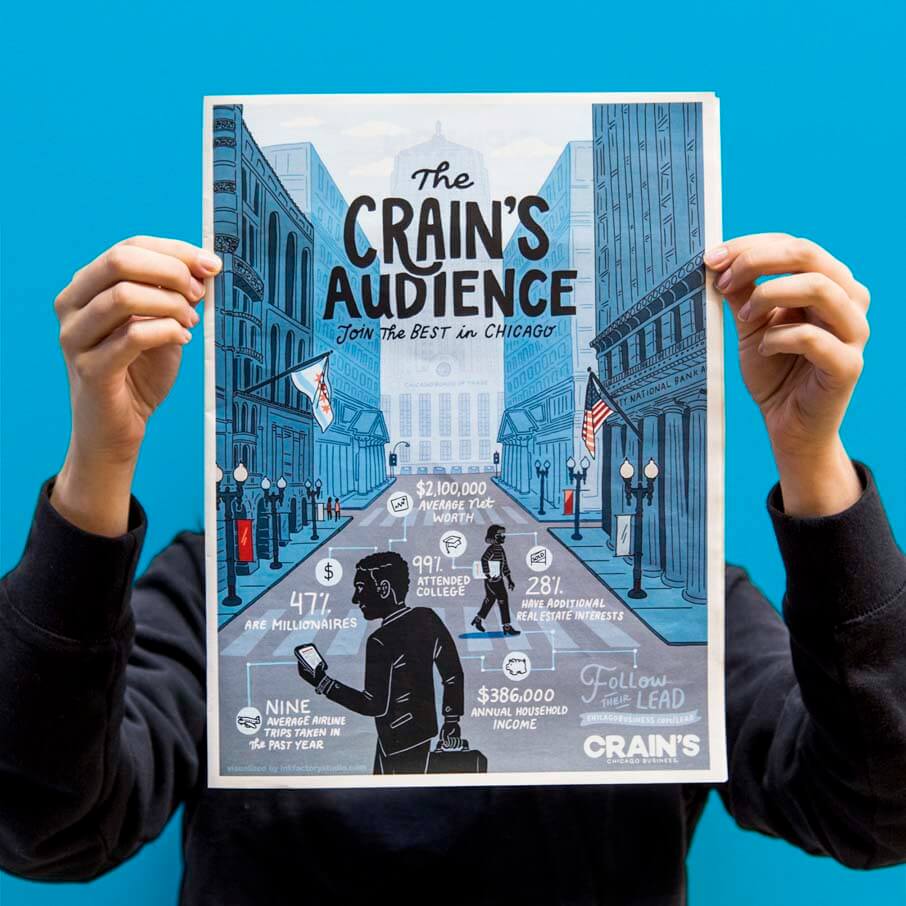 “For our ad we wanted to convey how successful and accomplished Crain’s audience is. We also wanted to appeal to a millennial demographic and bring a fresh eye to our creative.”

We decided to make the illustration very Chicago-specific, and focused on the financial district downtown, right in front of the iconic Chicago Board of Trade. It’s a stunning view, as you can see:

The first step when creating this illustration was to place all the elements quickly in a sketch: the background, people, statistics about Crain’s subscriber base, and general copy. We created the rough drawing, and then refined it after a few rounds of feedback. This helped us narrowed down the ad’s message ­– we felt the design of the characters and the comic style of drawing would pique a younger audience’s attention. 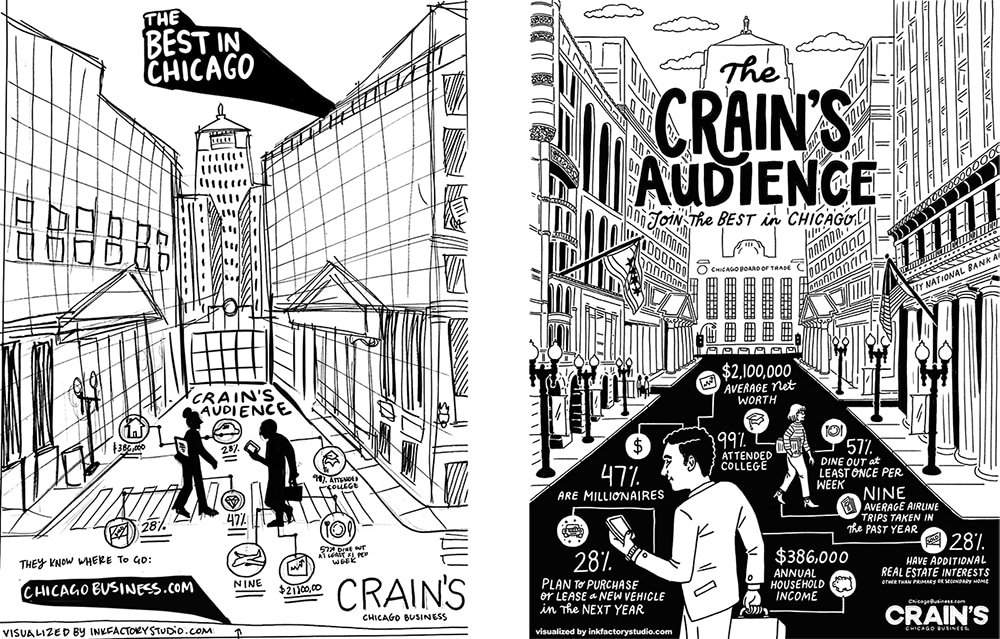 After the initial feedback, we created two options for color and style. Crain’s landed on a blue color palette, which we thought tied in nicely with our “Chicago-centric” theme. They also loved the look of the silhouettes in the alternate color scheme, so we incorporated those into the final artwork.

After we tightened up the drawing and applied the final colors, a final review further refined their message and relevant statistics to reach their new audience. The full-page ad is now in circulation and will continue to pop into issues throughout the year. We are so thrilled to be a part of such an amazing publication. Thanks Crain’s! 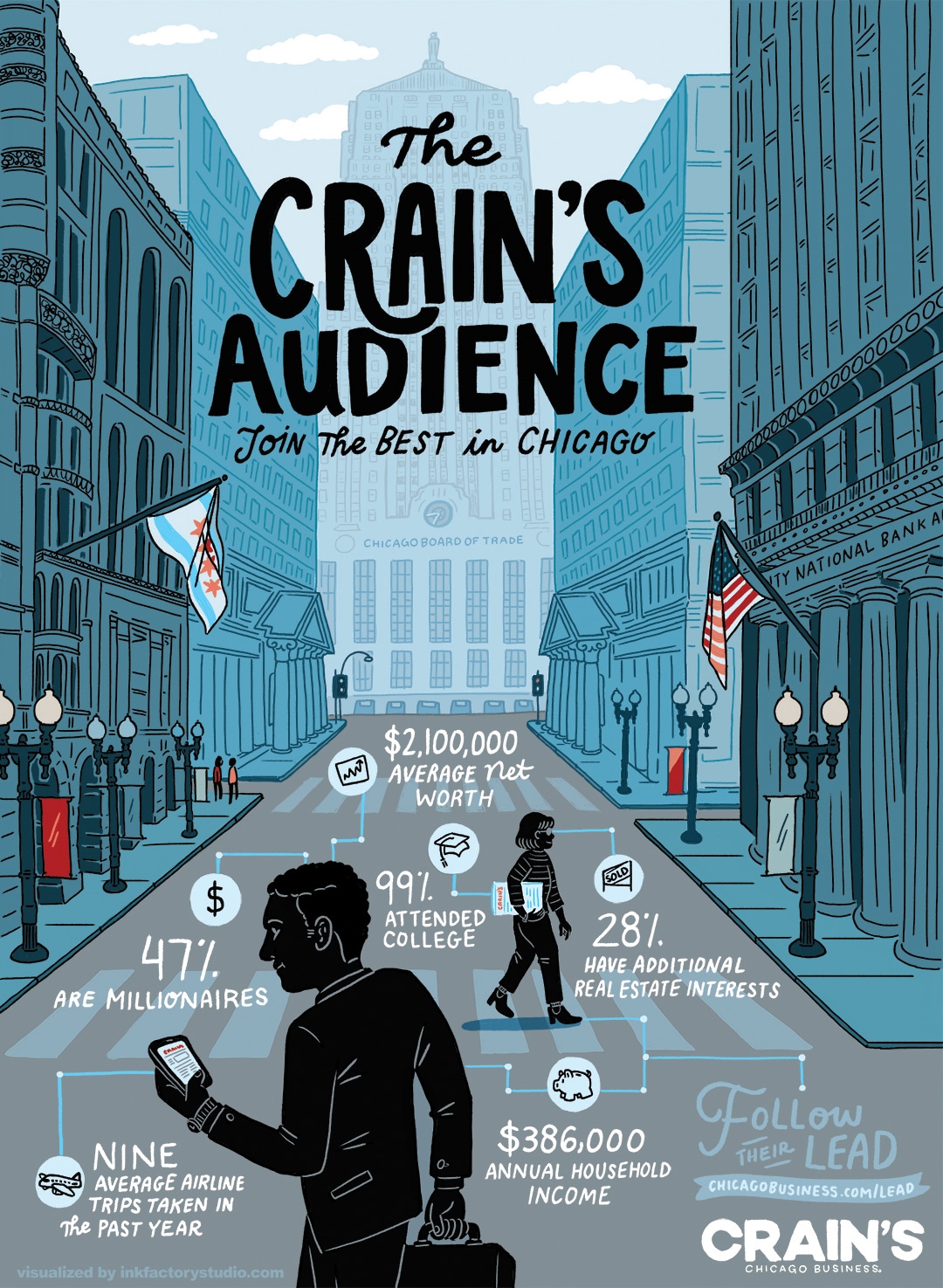