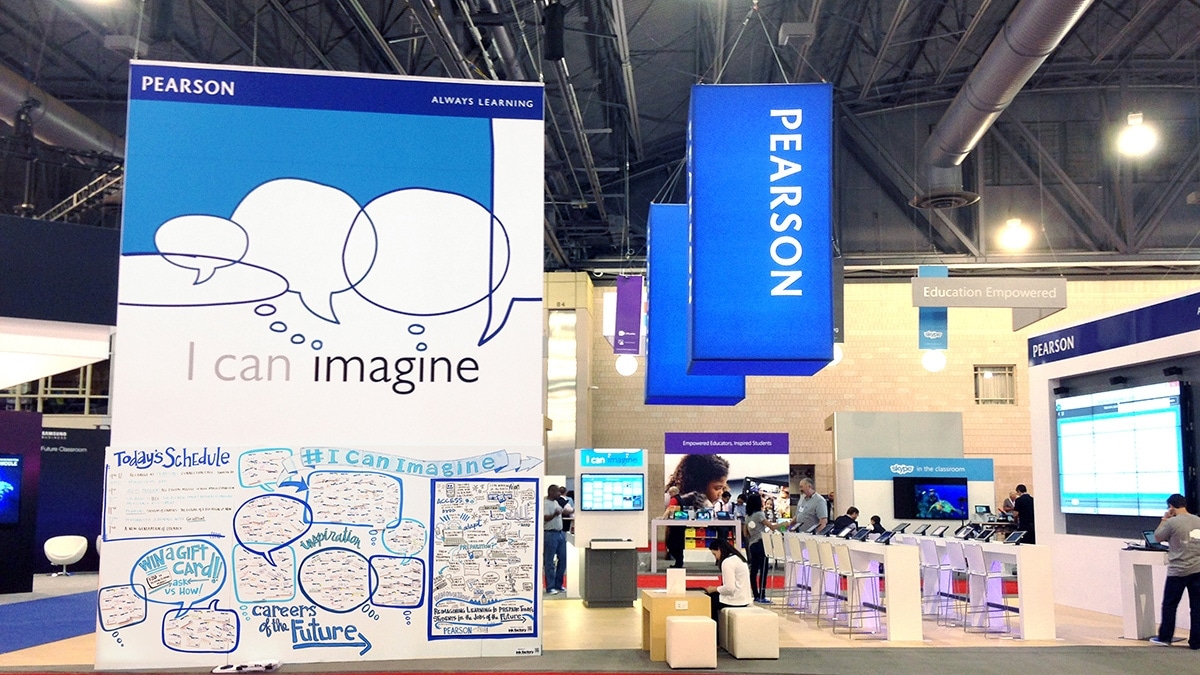 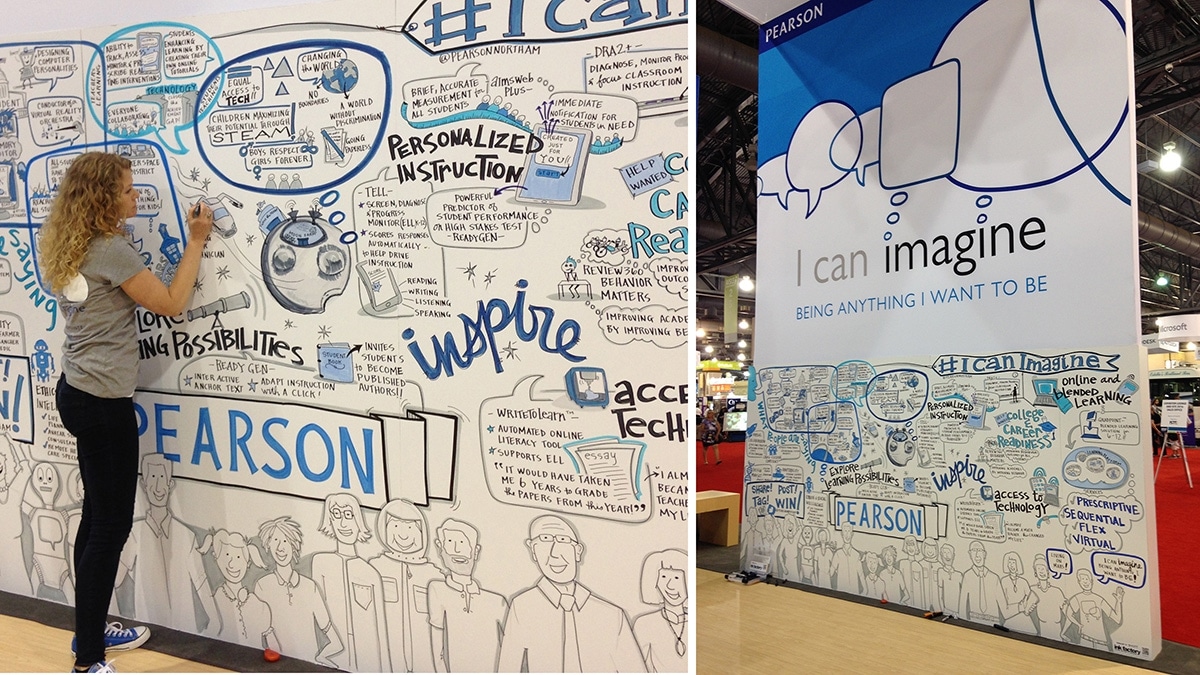 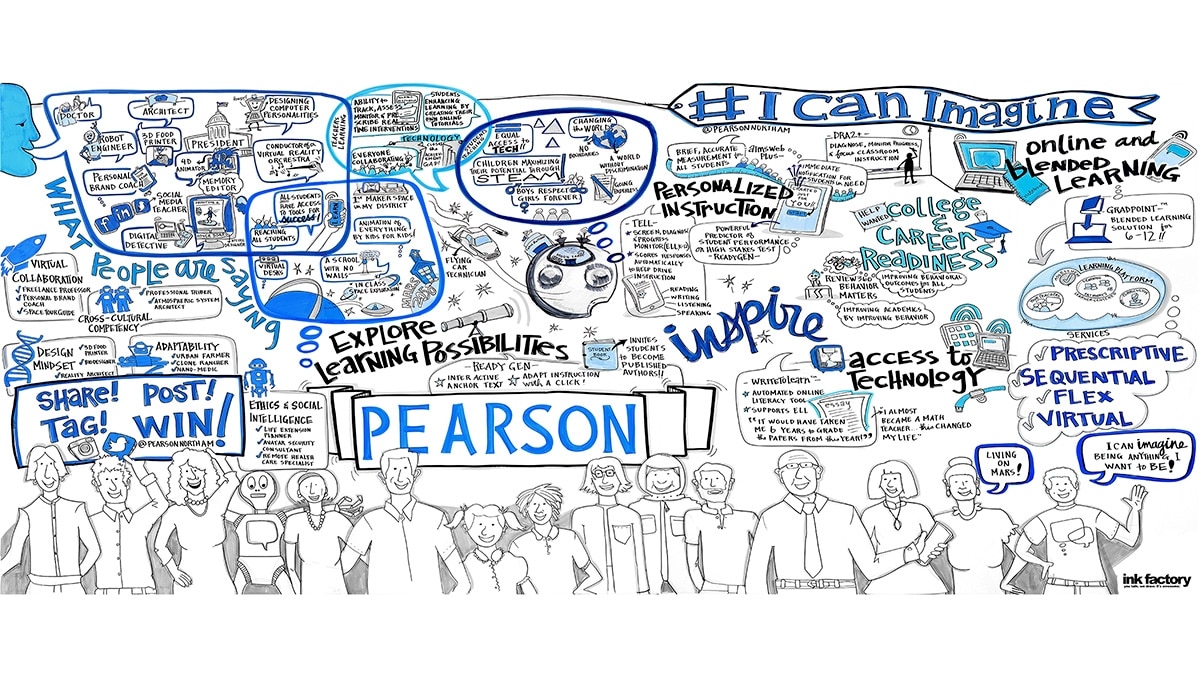 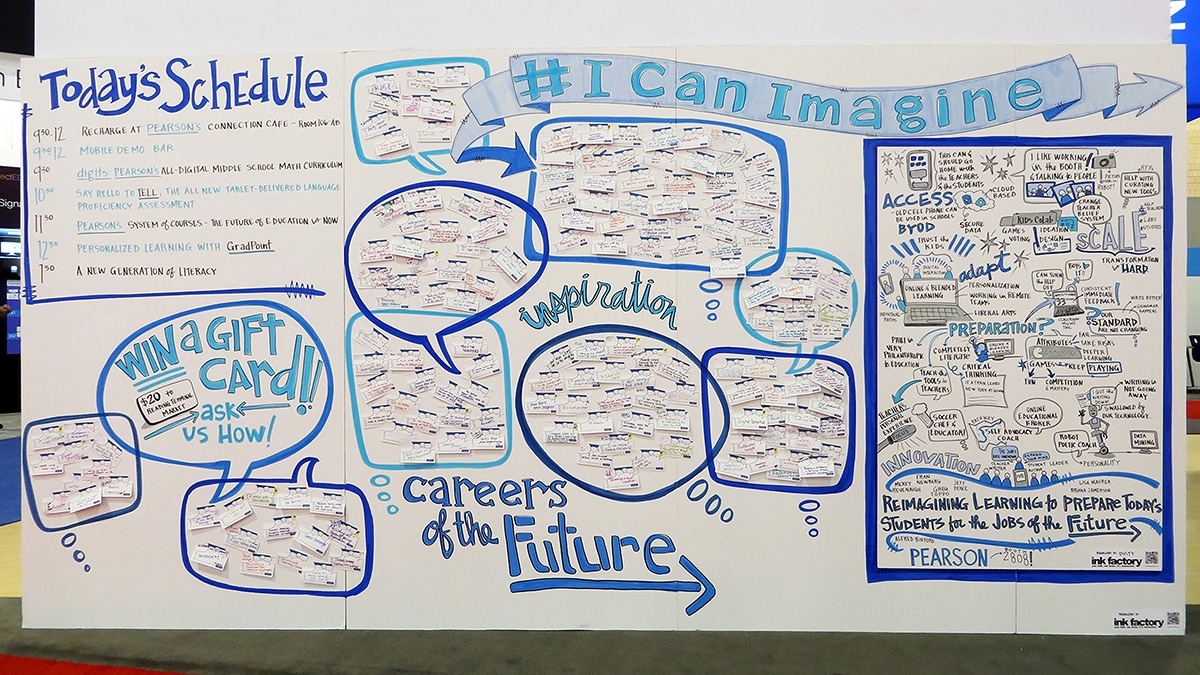 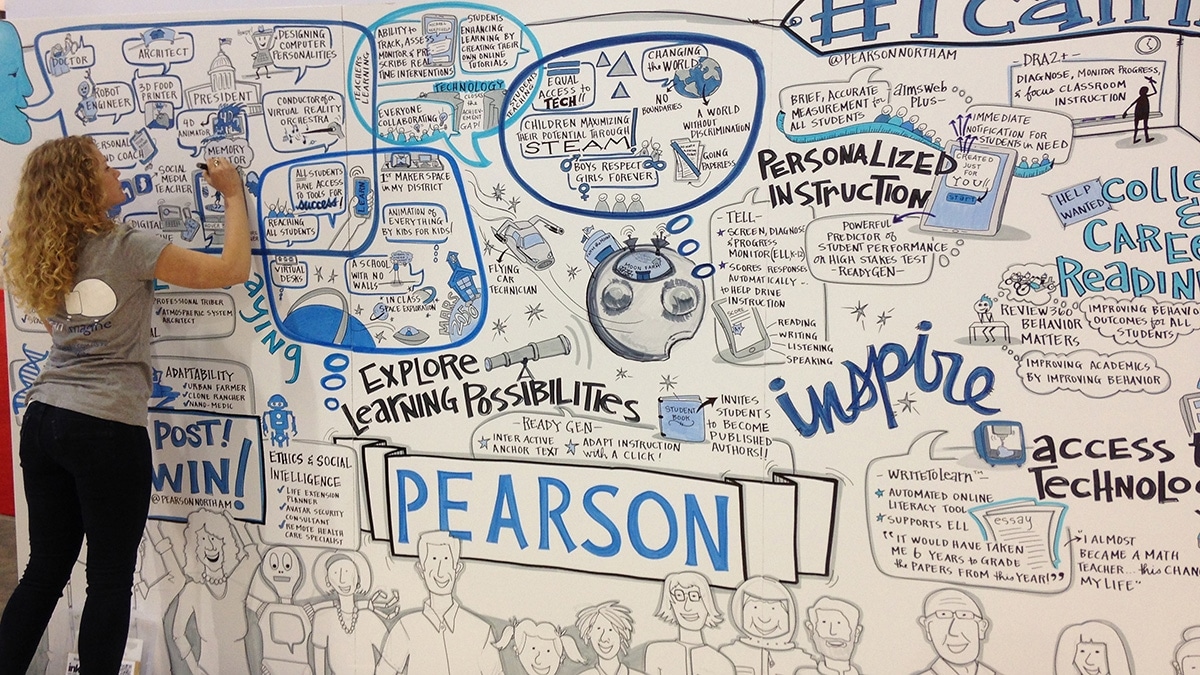 We helped Pearson create an unforgettable trade show booth at ISTE 2016. With almost 16,000 educators coming from 76 countries around the world, ISTE 2016 embodied learning and collaborating in a connected world. Pearson wanted a way to make their booth more engaging and stand out from the crowd, so we collaborated to incorporate visual notes into the design of their booth.

“To be honest, I did not quite understand what the graphic recording was going to be like when we were discussing it during planning calls, but it was truly the hit of the booth.”

On one side of the booth wall, we posed the question about careers of the future and gathered post-it notes from the crowd. The Pearson team curated their favorite answers for our artist to turn in to a huge mural on the other side of the wall. They also advertised for a panel discussion that they sponsored (and we took visual notes for) on one side of the wall to help drive participation. After the conference, the team at Pearson incorporated a time-lapse of their Ink Factory artist working into a video recapping the key points from their spotlight session at ISTE.

“I certainly think it was one of the most photographed things in the entire exhibit hall.”

Lauren Lopez, our client with Pearson, had this to say about the booth’s success: “People kept coming back to visit throughout the day, and throughout the conference, to see how the mural was turning out and what was being added. In a setting where technology is so important, I think it was so interesting and bold for us to stand out with something as simple as poster boards and markers. I certainly think it was one of the most photographed things in the entire exhibit hall.”

Let’s chat about how visual notes can transform your next trade show booth.

Send us a message